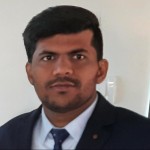 India, a nation of 130 million people has so far won only 28 medals in 31 editions of the summer games. Till date, the London Olympics in 2012 has proven to be India’s best show where India won six medals. However, 1996 onwards, India has started winning medals in every game.

At the 1996 Summer Olympics held in Atlanta tennis player Leander Paes won a bronze medal at the Men’s Singles ending a barren run of 16 years without a medal at the Olympics and also the first individual medal since K D Jadhav’s bronze in Wrestling at the 1952 Helsinki games.

At the 2008 Beijing Olympics, Abhinav Bindra won gold in the Men’s 10 metre air rifle event becoming the first Indian to win an individual gold medal at the Olympic Games. Vijender Singh got the country’s first medal in boxing with his bronze medal in Middleweight category. Wrestler Sushil Kumar also won bronze at Beijing.

The 2012 Summer Olympics saw an 83-member Indian contingent participating in the games and setting a new best for the country with a total of six medals. Wrestlers, Sushil Kumar, who became the first Indian with multiple individual Olympic medals (bronze at the 2008 Beijing Olympics and silver at the 2012 Summer Olympics) since Norman Pritchard in 1900 and Yogeshwar Dutt won bronze after narrowly missing out on medal at the 2008 games. Saina Nehwal won bronze medal in badminton in Women’s singles getting the country’s first Olympic medal in badminton. Pugilist M C Mary Kom became the first Indian woman to win a medal in boxing with her bronze medal finish in Women’s flyweight. Shooters, Vijay Kumar and Gagan Narang won silver and bronze respectively to round off the most sucessful olympics for the country.